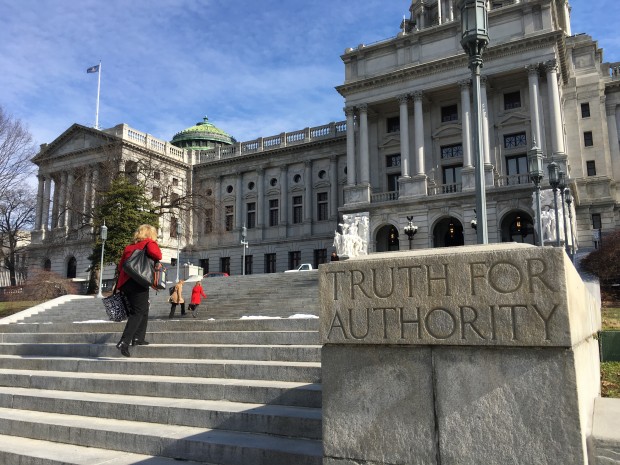 The proposed legislation would affect a three-year-old pending case about longwall coal mining's impacts on waterways.

The case, brought three years ago by the Center for Coalfield Justice and Pennsylvania Sierra Club, challenges the legality of Consol Energy’s 3,000-acre Bailey Mine extension. The groups say it would damage 14 streams in and around Greene County’s Ryerson Station State Park.

A hearing was held in August 2016, and a decision from the state Environmental Hearing Board is expected soon.

It says if the state Department of Environmental Protection approves an underground mining plan, it shall not be considered presumptive evidence the mine could cause pollution.

In other words, any plan approved by state regulators would automatically be presumed to not cause permanent damage to streams. The bill also applies retroactively to “all permits issued under the act that were the subject of an appeal heard by the Environmental Hearing Board after June 30, 2016.”

Scarnati’s Chief Counsel, Drew Crompton, acknowledges the bill is a response to the pending Consol case. But he notes if the environmental groups prevail, it could upend coal mining around the commonwealth.

“There’s an understanding when you do this type of mining, you’ll temporarily interrupt the stream. But there’s an obligation to put the stream back together. This isn’t about pollution– this is about operational management of how people mine coal,” says Crompton. “If the environmentalists won on this argument, that would block coal mining from a whole myriad of areas. Any area that has a stream or a creek running through it. That’s their goal. They don’t want coal mining.”

Such arguments aren’t sitting well with the plaintiffs.

“This legislation is coming on the cusp of a decision. It’s blatantly undermining the expertise of the Environmental Hearing Board,” says Veronica Coptis, executive director the Center for Coalfield Justice. “The language in the bill is directly reflective of the result Consol is asking for in the litigation.”

“I think Consol is expecting they have a chance of losing,” adds Joanne Kilgour, of the Sierra Club. “So they’re basically saying, ‘Instead of waiting to let this go through this judicial process, we’ll just change the law.’”

Crompton disputes the idea the legislature is overstepping its authority by attempting to change the law while the case is pending.

“We rewrite laws all the time. In fairness, that’s our fundamental job, not [the job of] Environmental Hearing Boards and judges.” he says. “It’s nonsense to say we can’t go and clarify laws when new arguments are made.”

But Kilgour questions the basic legality of the plan. She says if enacted, it could be seen as an unconstitutional “special law,” tailored specifically for the longwall mining industry.

“If every industry had the same provision in the Clean Streams Law, you could have an oil company for example, saying, ‘I know I will discharge five barrels into the stream. I’m going to create pollution. But it’s okay, because I have a plan to go in and fix it,’” she says.

Yaw, the bill’s co-sponsor, did not respond to requests to comment. A Consol spokesman declined to comment.