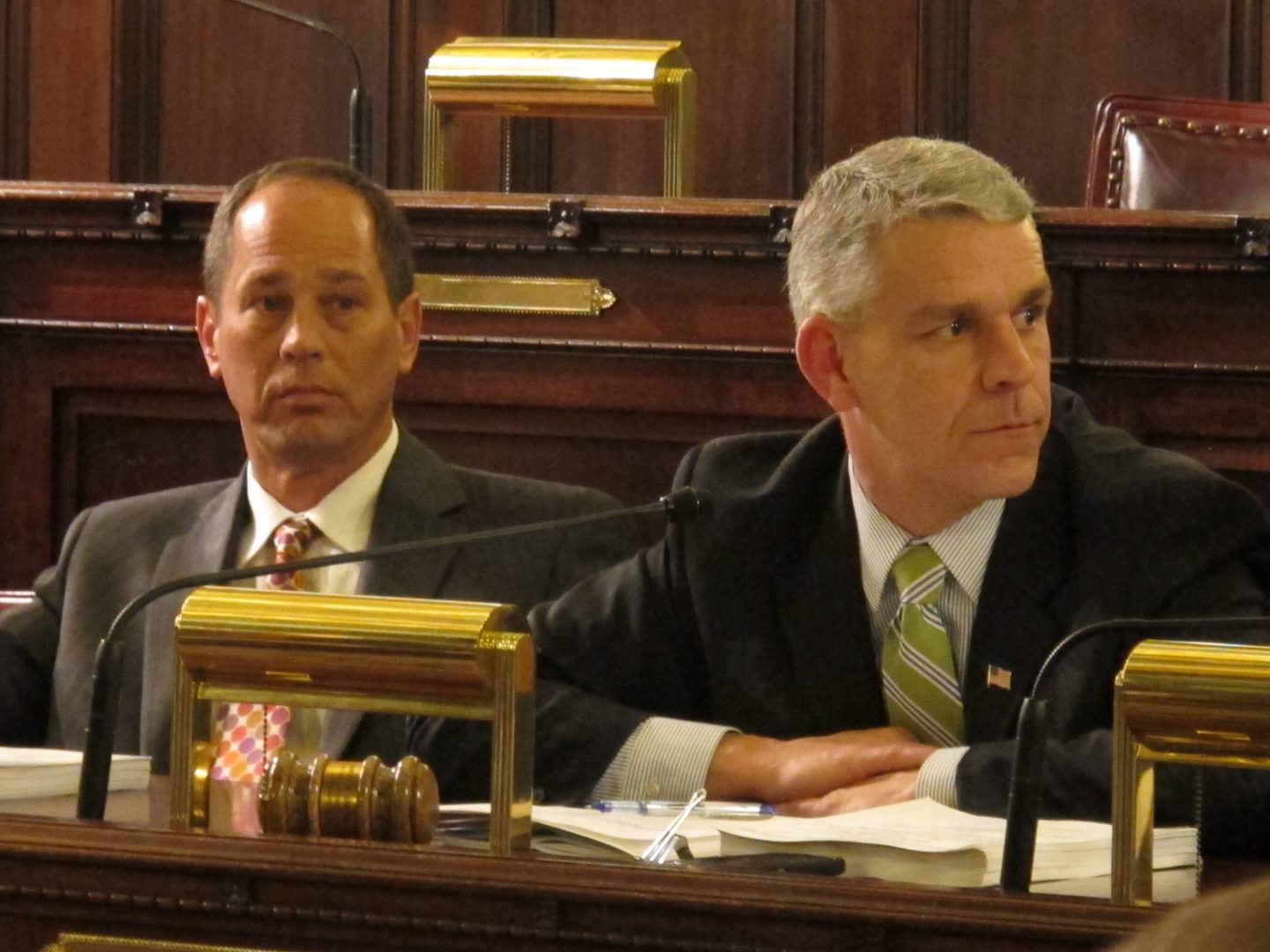 This time tomorrow, legislation overhauling Pennsylvania’s natural gas drilling regulations and imposing a per-well impact fee may be headed to Governor Corbett’s desk.
A joint House-Senate conference committee approved a 174-page bill tonight. Senate rules allow a vote on the plan first-thing tomorrow morning. The House requires a 24-hour wait on all votes, which means the chamber can’t consider the bill until around 8 PM on Tuesday.
The legislation is the result of months of negotiations between House and Senate Republican leaders and the Corbett Administration. It bridges the gap between the impact fees the two chambers approved in December, creating a 15-year fee that keeps 60 percent of revenue at the local level, and distributes the rest to various state agencies.

The per-well would be adjusted based on natural gas prices. The initial fee ranges from $40,000 to $60,000-per well. In a well’s fifteenth year of production, drillers would pay between $5,000 and $10,000. The bill’s authors estimate it would generate around $200 million this year, in addition to retroactive 2011 payments.
One major change from previous versions of the bill: the legislation imposes a fee on all drilled wells, not just producing wells. That creates a much larger universe of wells to collect money from.
Senate President Joe Scarnati first introduced an impact fee in April 2011. Governor Corbett endorsed the concept in October, after his Marcellus Shale Advisory Commission spent the spring and summer deliberating the concept.
Still, Democrats on the panel complained the final product was the result of private meetings they hadn’t been invited to. “House Democrats are seeing [the final bill] for the first time this evening,” said Democratic Whip Mike Hanna, who represented the caucus on the committee. “We’ve basically been left in the dark this entire process.”
Several Republicans pointed out Hanna was familiar enough with the legislation to ask nearly a half hours’ worth of detailed questions during the committee meeting, and produce a written statement explaining his opposition to the measure.
“We’ve been working on this for over two years,” said Scarnati. “If there isn’t anybody that didn’t know what was going to be…on the table today, they weren’t reading the newspapers over the weekend.” The joint conference committee votes on the impact fee

The legislation maintains restrictions on local governments’ ability to zone and regulate drilling. It creates statewide standards for Marcellus Shale wells, establishing a minimum distance of 500 feet between well pads and buildings. Wells would need to be 300 feet from bodies of water, and 1,000 feet from any “water supply extraction point.”
Municipalities would not be allowed to ban drilling from any type of zone, except for dense residential areas where a well could not be built more than 500 feet from a home.
Municipalities that pass ordinances or zoning requirements stricter than the statewide standards would lose their impact fee revenue. Scarnati defended the restrictions, which have drawn opposition from local officials. “You can’t spot zone,” he said. “You can’t treat this industry any different than you would, say, a powder metals manufacturer with all the requirements.” The drilling industry has pushed hard for the statewide standardization of local drilling regulations, as has Governor Corbett.
The Pennsylvania State Association of Township Supervisors is supporting the legislation, as is the County Commissioners Association of Pennsylvania.
Other notable aspects of the legislation:

(All of these provisions were included in earlier versions of the impact fee.)
All four Republicans on the conference committee supported the bill, while both Democrats opposed it. Senate Democrat John Yudichak said he voted no because of the legislation’s uncertainty. The bill allows counties to decide whether or not they’ll enact a fee. Yudichak worries revenue will drop, if too many counties opt out of the levy. “This conference report, this bill, represents the art of maybe,” he explained. “Maybe a fee is imposed by a county. Maybe we have a job creation policy. Maybe we have environmental regulations that protect our land, air and water.”
Scarnati said he expects a Senate vote before Governor Corbett’s 11:30 AM budget address.