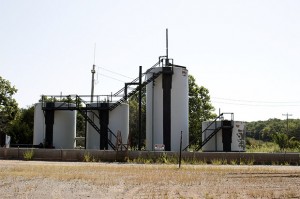 Marjo Operating Co. Inc. is the first oil and gas operator to challenge regulatory actions issued by state regulators attempting to curb an ongoing surge of earthquakes linked to the industry.

In a Sept. 18 filing with the Oklahoma Corporation Commission, the company said the commission “acted arbitrarily in August when it directed the company to curtail injection at a disposal well that’s part of a de-watering project in Payne County,” The Oklahoman‘s Paul Monies reports:

In its complaint, Marjo said it received commission permission in 2004 to inject produced saltwater at its Vinco 1-18 disposal well at the rate of up to 40,000 gallons per day. The company said that disposal well is an integral part of a larger de-watering operation starting in 2003 that targets the Hunton formation.

De-watering operations target older fields where earlier producers might have abandoned the area because too much water came up with oil or natural gas. Operators put submersible pumps down the wells and pump up fluids, separating oil and gas from the produced water at the surface.

The Vinco 1-18 disposal well was one of 23 such wells targeted by quake-related cutbacks issued in August. The company says reducing the well’s volume by 38 percent “would adversely affect its producing wells,” and is arguing that the commission “vacate its directive and restore the limits established under its 2004 order for the disposal well,” Monies reports:

Tulsa attorney Bill Huffman, who represents Marjo, said the company doesn’t have an issue with the commission’s overall actions to address induced seismicity and disposal wells. But it didn’t take into account the unique circumstances of Marjo’s de-watering project, he said.

“We’re just asking them to take a look at our circumstances on an individual level, rather than the blanket action they took,” Huffman said.

The commission’s regulatory response to the oil and gas industry-linked earthquakes is ever-evolving, but concern is growing that the commission may not have the authority to reduce the shaking, because, as EnergyWire’s Mike Soraghan reports, Oklahoma’s oil and gas rules are focused on pollution, not earthquakes:

“We do have jurisdictional questions that need to be answered,” Commissioner Todd Hiett, who is also a former speaker of the state House, said at a commission session last month.

Hiett was agreeing with Chairman Bob Anthony, who’d asked staff to research the agency’s legal authority as it put off a decision on whether to approve five disposal wells in quake-prone areas.

Commission spokesman Matt Skinner said the agency plans to press forward, but acknowledged some of the legal uncertainty.

State Rep. Cory Williams, D-Stillwater, “thinks the Legislature should act to make it clear that the commission does have authority to regulate disposal wells to prevent earthquakes,” Soraghan reports.