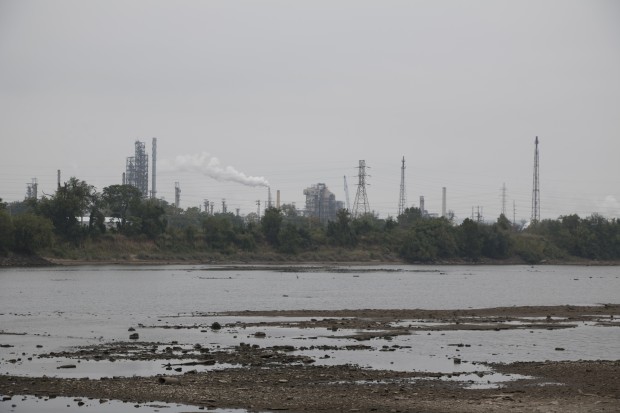 It’s been decades since Tulsa officials decided the portion of the Arkansas River that runs through the city was too dirty and dangerous to swim in. The river is much cleaner now, but convincing the public it’s safe for swimming won’t be easy.

The Arkansas River is an iconic feature of Tulsa, cutting across downtown and winding through the west side of the city. But it has a bad reputation.

“Considering there’s a treatment plant right over there, I wouldn’t go swimming in the river,” Tulsa resident Steve Smith says as he finishes his walk at the 41st Street Plaza, one of the popular parks along the river.

“I’d be kind of scared to go into the river,” Julianne Romanello says.

The joggers, bicyclists, disc golfers and dog walkers at this park like being near the river, but not in it.

This part of the river used to be a recreational hot spot — it even had a signature annual event: the Great Raft Race. It was a huge attraction in the ’70s and ’80s.

But by the mid-’80s, concerns about pollution and contamination caught up with the river. Local governments discouraged river recreation and told people to avoid contact with the Arkansas. Vernon Seaman is with the Indian Nations Council of Governments. He says, at the time, there was good reason to warn people.

Abandoned oil and gas well sites lined the river, as well as an old tank farm that used to leach oil right into the Arkansas. It all fed the public’s perception of the river as polluted. Eventually, even the Great Raft Race stopped. Tulsa turned away from its most dominant physical feature. 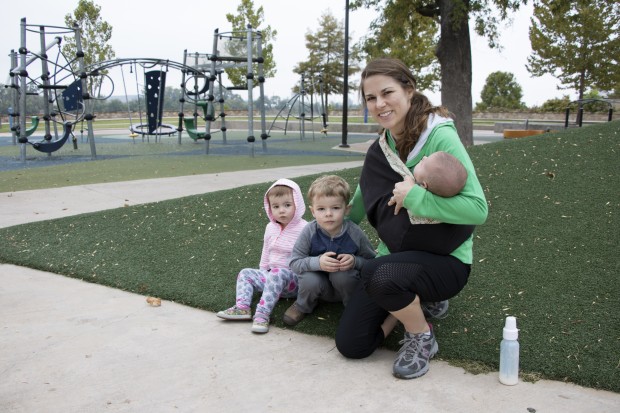 Tulsa resident Julianne Romanello with her children at the 41st Street Plaza, a popular city park along the Arkansas River.

Now, INCOG and Vernon Seaman are pushing the Arkansas River as a recreation destination again. He says water treatment is far better than it used to be, the cross-connections have been broken, and the well sites and tank farm have been cleaned up.

“We just don’t feel it’s any more hazardous than many other waters across the state of Oklahoma,” Seaman says. “It’s actually real typical of a lot of the waters across Oklahoma.”

It still isn’t perfect. Some places near Tulsa have too much of a certain element or bacteria, but that’s the case for lots of other Oklahoma rivers that are used for water recreation

“That’s not to say it’s all clean and pristine, but it’s certainly a whole lot better than it used to be,” Seaman says. “I like to canoe and kayak, and they say, ‘Well, do you go in the river?’ And I go in the river frequently.”

Trying to re-designate the river for recreation is just the latest sign that Tulsans are turning back toward the Arkansas. There’s an effort to increase the depth of the river and add entertainment venues.

Construction is underway on a massive park called The Gathering Place, with a land bridge, lodge, wetlands, and a great lawn. It would help if people felt comfortable touching the water. The easy part will be getting the EPA to allow the change. Tulsans will be a tougher sell, but back at the 41st Street Plaza, plenty of people want to see a revitalized river.

“We should do something with the river. We need to do something. It’s vital to Tulsa. It really is,” Sam Nielsen says as he heads for his car.

One major sign the river is coming back: This year, for the first time in two decades, the Great Raft Race was held again.